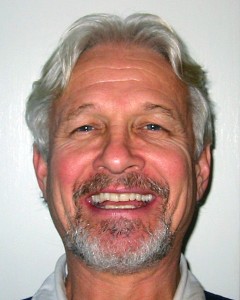 Kenneth Allen “Ken” Marks, died Monday, June 09, 2014 in a plane accident in Merritt Island, Florida where he was a resident. An avid private pilot, Ken was born in Oak Park, Il on June 04, 1949. He served in the US Army stationed in Korea. Later he graduated from Northwestern University with a BS in Biomedical Engineering and received an MBA from UC Berkley. In September 1977, he married his wife Patricia Ann. They were blessed with a daughter, Rachel, and son, Bryan. Ken had a successful career in international business. At the time of his death, he was looking forward to a new venture as a missionary pilot. He was a member of the East Coast Christian Center in Viera, FL. Ken is survived by his loving wife and children; his mother Nan Jennings and her husband Ralph Jennings; his brother Howard, wife Becky and family; He predeceased by his father Howard and brother Thomas Keith “TK”. Always ready for an adventure Ken had a rich, full life. A generous man, his home was open to friends and family who will miss him greatly.

In Lieu of flowers, donations can be made to Air Mobile Ministries, 6250 N. Courtenay Parkway, Merritt Island, FL 32953