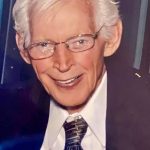 Memories and cards are welcome but Joe requested in lieu of flowers please donate to the Gabriel
House at the Mayo Campus in Jacksonville, Fl. It is a place that Transplant Patients can recover with
little expense and in comfort.

Planning the final details of a loved one is so difficult. I have to say the people at Island Cremations made a difference. My husband passed away and I had no idea where to start. We found Island Cremations on Google and looked at their reviews. We met with Paul and was very pleased with everything. His office is casual and you don’t feel intimidated walking in. Everything went very well. I would highly recommend them to everyone. Paul explained everything, answered our questions and was very accommodating. Thank you Paul, Mike and Dillon for making a difficult situation easy for me and my family.

Paul and Dillon (and their staff) were professional. comforting and detail oriented after the unexpected passing of our mother. Their compassion and patience meant everything to us. We also priced things around and they were the most honest and best price for the quality – and great quality it was. On behalf of our entire family, we thank you from the bottom of our hearts. Five stars all the way!

I dealt with Paul the owner he was very helpful. He assisted in the forms and contacted a few people to help with my fathers passing. They are all very compassionate and caring. It is a nice atmosphere and very professional in how they run the business. They did not try to push me towards anything or any package. They answered all my questions and made the whole experience pleasant. I would use them again if the need arises.

Paul was very helpful and caring as my Mom needed to make funeral arrangements out of town for my Step-Father. They knew what she needed and made sure it was all done with the utmost respect. Thank you!

Miles away and too far to travel during this pandemic, Paul and Dillon Mazzoni helped me with the loss of my cousin. The courtesy and respect that came from them and their employees was a true comfort. Via phone and emails they carefully walked me through each step of the process and never once tried to up-sell me anything. Within less than 5 days, via USPS, I received my cousins ashes and her death certificates. I am most grateful to the Mazzoni family and their employees.

I just lost my husband 1 week ago. The experience that I had at island cremations was so good something I didn’t know anything about. Dillon and Paul really have a sweet heart for all of your needs. Dillon treated my husband so kind after his passing that I couldn’t have asked for anything more.Thank you again ❤️

Paul was very professional and comforting in explaining the details of what was needed. Mike was very caring when they took my Husband out of VITAS Hospice. My husband was an Army Veteran and they draped him with the American Flag as they were removing him from VITAS Hospice. Paul helped me schedule the funeral at the VA cemetery as it was out of State and helped me with filling a necklace so my husband will always be with me. They are affordable and always available to help. I appreciate everything he has done for me.

The compassion these folks showed my family at the time of my mom’s passing was amazing. We’re very fortunate to have chosen Island Cremation for our needs. Thanks guys.

Dillon and Paul were the most helpful and caring humans. The way they cared for my father while they were taking him out of hospice, to the way they comforted the whole family. They went above and beyond in every aspect for a fraction of the cost of other places.

We just had a wonderful experience at Island cremation with my father-in-law’s funeral. We had three meetings before the ceremony even started to make sure that everything was going to be done properly and that we’re all on the same page. Island cremation arranged for the Marines to come and do a flag honor ceremony that was an excellent touch and made the whole ceremony very memorable. The funeral home was very clean and they even had masks and hand sanitizer set out. They helped setting up our food plus supplied some of their own. Very professional and highly recommended.

At one of the most devastating times in my life, I contacted Island Cremations, Merritt Island, FL. My husband who was never sick was diagnosed with cancer. There was no hope for him. His rapid decline was terrible to witness. The people at Island Cremations were excellent, respectful, and very caring. They went above and beyond. They made the experience much less painful from paperwork to anything that came up, they were right there. I would definitely recommend them to everyone I know. They are the best.

My father passed in Ohio and Dillon took care of all of his arrangements from 1,100 miles away. Couldn’t have asked for a smoother/calming process in dealing with the hardest day of my life. Hands down the best Funeral Home in the state of Florida! Thanks for all you guys do at Island Cremations!!

Great place to go to , they accommodate you and exactly what you need , Paul and Dillon went above and beyond to make sure my mother’s home going was as easy as possible. As well as helping me keep her with me at all times by filling my necklace with her remains. very pleased client

A very positive review for Island Cremation and Funeral Service. Very professional and respectfully during our time of need. Thank you for your attention to every detail.

Island Cremations handled everything for both my grandmother and grandfather’s service. Paul and Dillon were immensely caring, low cost and professional to me and my family. I highly recommend this family to care for your family.

Due to unfortunate circumstances, I had to contact Island Cremations for their services. They were so sweet and sincere with apologies and made the process a little less difficult. I live in MD so they made it their mission to get the process done so I could get my brothers ashes in a timely manner, which they came in the mail the very next day. I would absolutely recommend Island Cremations to anyone who is suffering a loss, and need their service.

I can’t express how grateful I am for Island Cremations. They helped me with an extremely difficult situation over a long distance. Dillon was incredibly kindhearted and was always willing to answer my questions when I called. You guys are phenomenal!

Island Cremations (both Paul and Dillon) could not have been more kind and helpful during a very difficult and unexpected time for our family which was compounded by the logistics of being residents of a different state. Dillon guided us through each step, offered suggestions when asked and followed through on everything. The family of Robert H. Smith highly recommend the services of IC.

If you want things done with the upmost respect this is the place. Friendly staff and very professional demeanor. Paul and Dillon Mazzoni led us thru a difficult time for our family. Much appreciation.

Dillon and the entire staff we extremely helpful and sensitive to our needs.

Thanks for providing such a great job on my son’s viewing & cremation last week. His daughter told me he looked so peaceful. The service your family provided was as stated. Cost is very reasonable & the “memory cards” was such a nice bonus. Bless Dillon & Paul for making this difficult time, bearable.

the owner is so kind he gave me so much information he did not have to. Its affordable and a very calm soothing environment i really appreciate him!!! He also doesn’t upcharge for death certificates!!!

I would just like to share these people are the best. Paul the owner and his son Dillon and Mike went way above what they had to, just to make sure me and my family were as comfortable as possible during this hard time for us if I could give these guys a10 I would I would recommend this funeral home for anyone They are truly the best in my book, you won’t be disappointed what an awesome professional bunch of guys. My whole family thanks you all.

I can’t say enough about Island Cremation. I had an unexpected death and had to find a place. I had two appt scheduled to go and talk to the funeral homes and Island Cremation was the first appt. After talking to Dillon I knew this was the place for me. I had no need to look any further. Dillon was Compassionate, Attentive, Informative, I felt like i was one of his family members for the way he treated us. If you are in need please call Island Cremation.

unexpectedly my mom passed away and I had no idea about places and stuff to take care of everything the right way and in my budget. I was told about island cremations from a few people at my job. I contacted them even after I went to another place and they were nothing less then a huge help . I had a great experience in these rough times. Id like to thank Paul and the staff/family that worked with me and got my mom put to rest the best way it could be done. I would highly recommend them and will be sending anyone that ever goes through what I just did to them for sure. Thanks again for a job well done.

I had a Celebration of Life for my husband on his birthday last Friday.

Island Cremations helped me plan for the Funeral. They have been like family. I even brought my husband’s miniature poodle.

Dillon, Mike & Dawn helped me set up and clean up. We brought in food and drinks. I had a soft jazz CD playing in the rooms. The alter had my husband’s Dolphin Urn and flowers. His picture with him holding a 52 pound Dolphin was on a projector screen above the alter.

Pastor Babington did a wonderful sermon. The family & friends spoke of memorial times.

We all thank you for your kindness and warmth for this Celebration of Life for my husband.

Family orientated, make you feel so special during your loss, cost effective, highly recommend to any family! Go above and beyond expectations!

They helped us expedite the process of grandpa’s cremation, funeral and burial, and the whole process was faster and cost much less than we all thought. They were truly pleasant to work with and they really know their business. Many thanks to Paul and Dillon for making this very difficult time in our lives easier.

Paul and Mike were amazing every step of the way from hospice to the funeral to cremation. They were very respectful, loving, and extremely reasonable and honest in their pricing. We couldn’t be happier with our decision to work with them. And we understand why they come so highly recommended. God bless your lives and business for all you do for the community. Thanks so much!

Paul is an angel. He did everything he could to make a painful time easier. He never pushed us for more than what my mom wanted. I highly recommend this place. Thank you, Paul.

Extremely compassionate, understanding and “just there” in our moment of sorrow and need – Thank you sooooo much Paul for helping my family and I with taking care of my Sweet Melissa

Very pleasant experience given the circumstances. Everyone is very professional and takes the time to make sure all your needs are met

Very professional and understanding family owned business! Reasonable pricing and helped us avoid a lot of unnecessary cost and headache. Definitely would recommend to anybody.